Ultra soft fleece throws are available in a wide selection of shark prints and in queen or king sizes. Snuggle up in a comfy blanket and get warm today. Or maybe choose a bed blanket size to turn your bed into a photo gallery oasis. 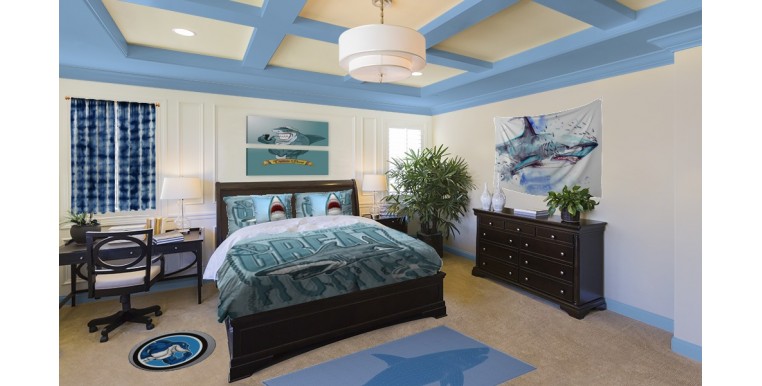 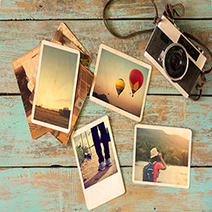 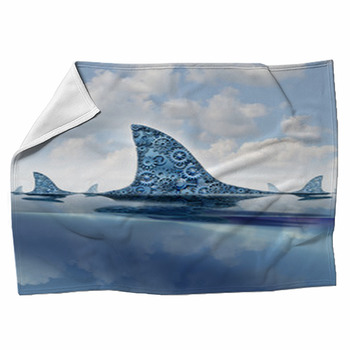 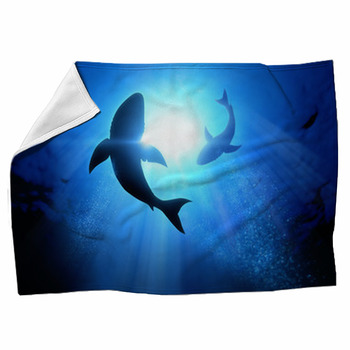 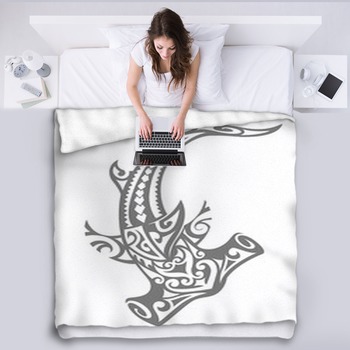 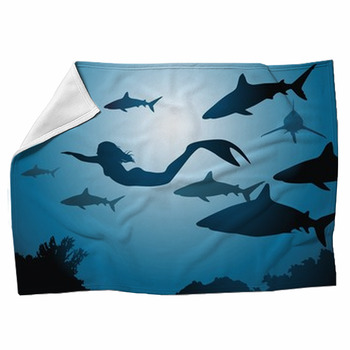 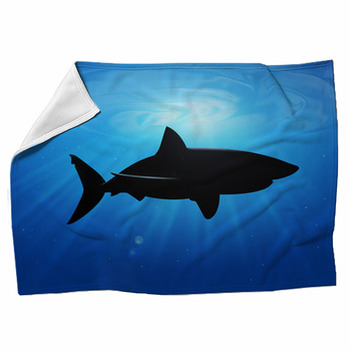 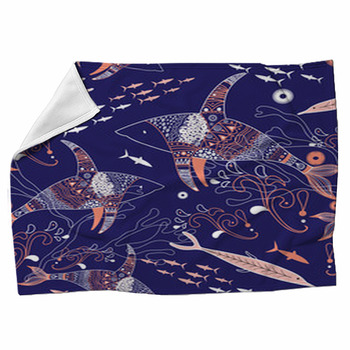 Sharks are the most feared and admired animals in the oceans. Bring their awe and excitement into your life with our custom shark blankets displaying photographic images of a blacktip reef shark swimming towards you menacingly, the white underbelly of a shark patrolling the surface of a deep blue ocean, or a tiger shark baring its sharp, myriad teeth. If you want some real thrills, choose pillow cases or pillow shams featuring a great white shark lunging out of the water with its teeth glistening and its red gums ready for blood, a shark coming up from beneath a person with its mouth open as the swimmer desperately tries to escape, or the silhouette of a scuba diver being circled closely by more than a half dozen sharks. If that is too intense for you, choose throw pillows with an illustrated hammerhead shark colored with abstract swirls of color, a shark swimming beside the wreckage of an old shipwreck, three shark fins breaking through the surface of a reddish violet sea at sunset, a tiny shark biting someone on the fingertip, or a shark swimming with dolphins and fish.

We also have many humorous shark pillow designs sure to make you and guests laugh, such as a shark wearing a pirate hat and black eye patch while chasing a little fish, a shark with a big, goofy smile holding a blank sign ready for your name or message, a shark wearing a captains hat and grinning, a shark wearing a tie, a funny little penguin standing on a small column of ice as shark fins circle him, or a shark wearing snorkeling gear. Add the aura of mystery and power of these ancient creatures to your home or office with our shark rugs.