Rainbow Backdrops in Any Custom Size & Free Logo or Personalization!

Custom rainbow backdrops are a great way to add color to a photo shoot. Several different rainbow graphics are available such as a traditional one that features a simple rainbow on red, orange, yellow, green, blue, and purple in a blue sky. Or try a more unique and artistic approach with designs like one that has rainbow lines going horizontally up and down. Half-way down the rainbow dips into water and the colors move in ripple patterns towards the viewer.

Also see a painted rainbow on a blank background. The horizontal colored stripes appear as though they were painted on cement and not finished. At the bottom of the design, the paints from each stripe drip downward.

Try a digital feel with a rainbow that shines through a black background appearing similar to the famous northern lights. Have some fun with a rainbow that is painted in handprints. Each hand was dipped into a different color and stamped onto a canvas.

The prints flow in a half-circle shape like a rainbow and are featured in orange, red, pink, purple, blue, green, and yellow. See actual photos that would make excellent rainbow backdrops like an image of a large, colorful rainbow shining after a rain storm. Rolling hills of grass span out to the rainbow and a tiny farm house in the distance.

Or try a photo of beautiful scenery in which a small pond in front meets with the grasses of the prairie and then continues out as far as the eye can see. In the far distance a rainbow falls downward from the rain clouds. The reflection of the rainbow can be seen in the small pond.

For a brighter look, get the image of a rainbow that has extended over a field of endless yellow flowers under a bright, blue sky.

See Our Other Rainbow Products: 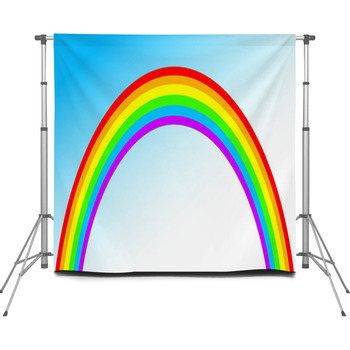 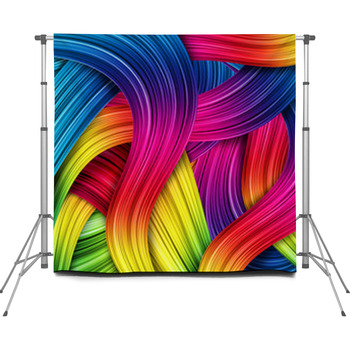 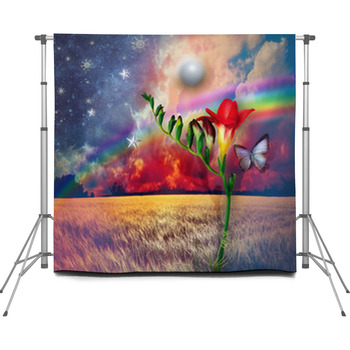 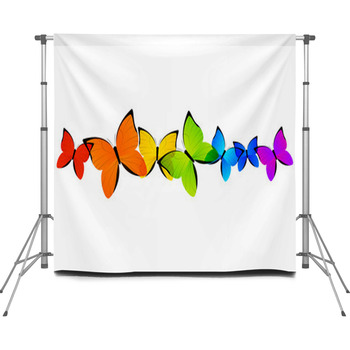 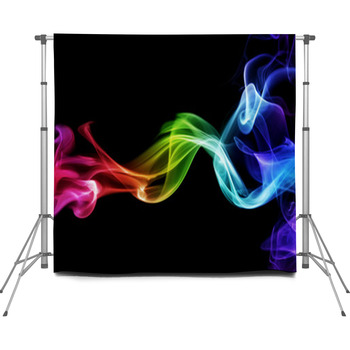 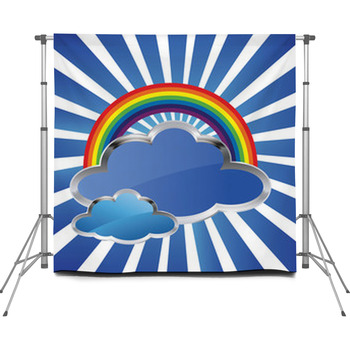 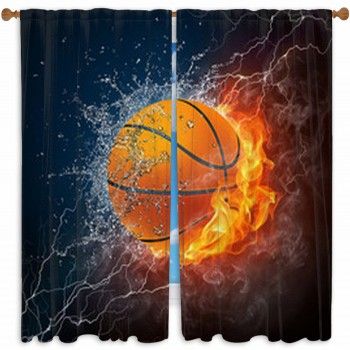