Hip hop around your living space with frog window curtains! With tons of options to chose from, you can find the perfect one for you whether its the little frog prince or the pink, frog princess. Try a digital look with graphics of 3D frogs sitting in a meditation position. Choose between a green and a blue frog! Or try the frog that is lying down in a relaxed, leisurely position. Add some humor with the custom 3D frogs like the on doing a thumbs up or the one sitting down and looking up at you with a goofy expression on his face.

There is even a frog in a business suit holding out a glass of champagne, add this frog window curtain to your office for a great conversational piece. Do you have an fitness room? Check out the frog in an exercise uniform that is lifting weights that are too heavy for him. Decorate a bathroom with the one featuring a frog standing in a bathtub with a duck floaty around his waste! Try a more realistic approach with the close-up shots of real frogs like the one that features a colorful green and red frog that is clinging to a tropical plant and watching you with his big red eyes.

Or see the green and orange frog that is peaking out from between to plant leaves as though he is trying to hide from you. There are some funny professional shots of frogs as well like one with a bull frog holding onto a branch and looking up at you with an angry expression on his face. Another funny one features a blue and purple frog on a red branch.

He has each leg on separate branches and is clinging to the middle branch. The position looks almost human-like. If your kids like cartoons then see the frog window curtains like the one with a fat, green frog that has his tongue extended out in front of him.

He has just caught a bug and the bug has a goofy, terrified expression on its face.

See Our Other Frog Products: 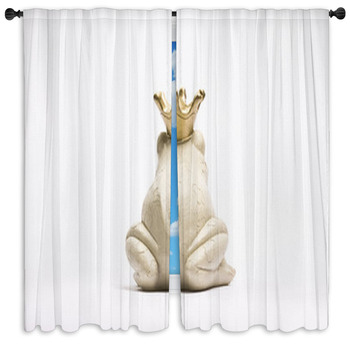 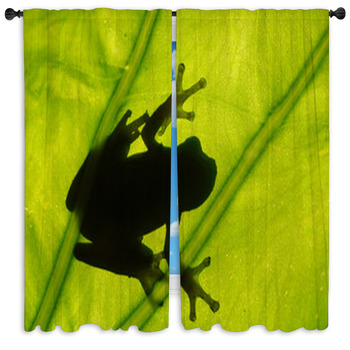 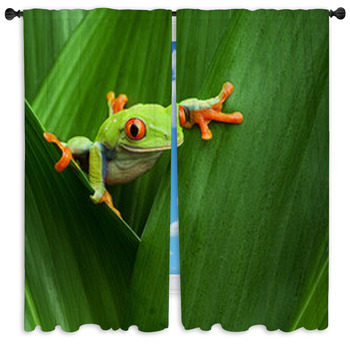 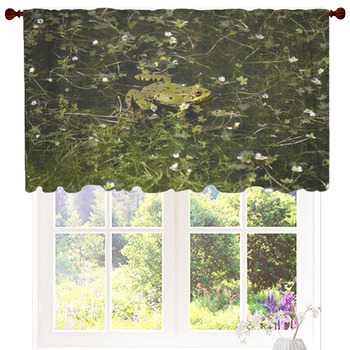 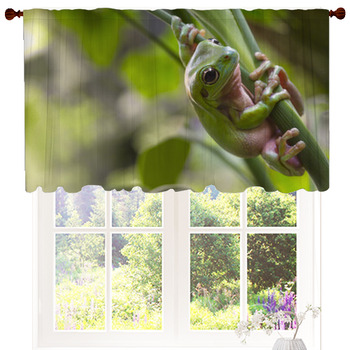 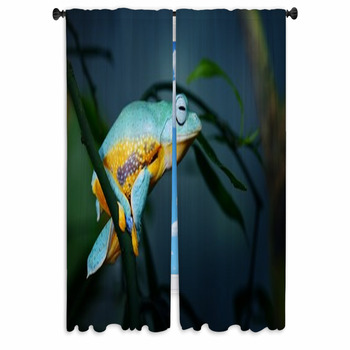 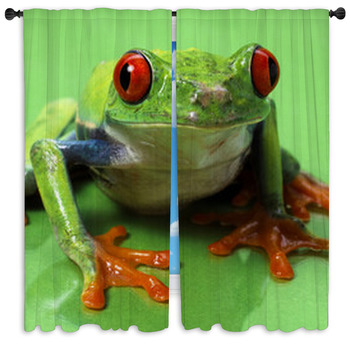 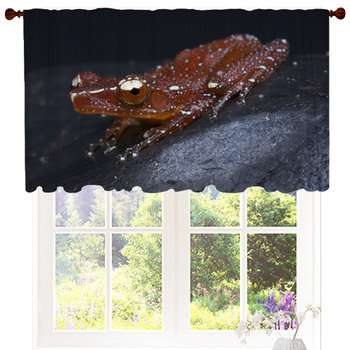 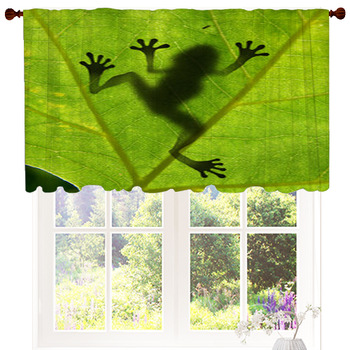 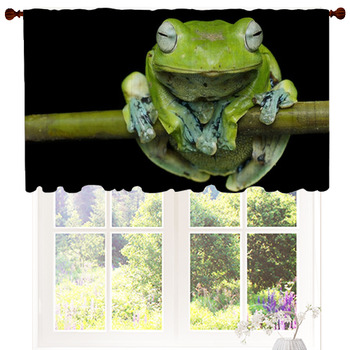 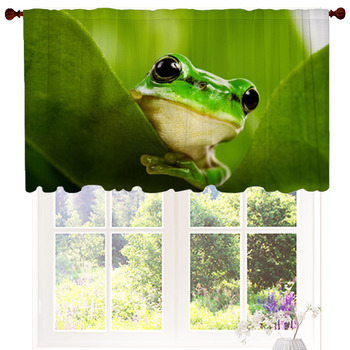 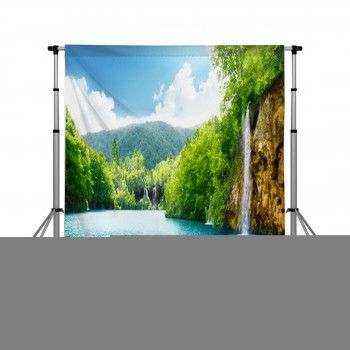