I pledge allegiance to thee, Texas, one state under God, one and indivisible. The Texas flag holds a special place in the heart of Texans and is flown outside homes, businesses and state building across Texas. The official state flag was originally the national flag and was first adopted in 1839. When Texas joined the Union in 1945, its national flag became the state flag.

Our Custom Texas flag blankets and throws will infuse your home with the independent spirit of the Lone Star State. The colors on the Texas flag mirror those of the flag of the United States; blue signifies loyalty, red is bravery and white means purity. Show your allegiance with a blanket emblazoned with the Texas flag in the shape of the great state it represents or put Texas front and center, floating alone in a calm blue ocean, the state flag flying high.

An iconic image of a Texas cowboy in silhouette, superimposed on his states flag will inject a shot of patriotism into your home and a real photographic image of the Lone Star Flag and the Stars and Stripes flying side by side high above a domed state building will nurture your allegiance to state and country. Texas, the Lone Star state, takes its name from the lone white star on its flag. The star is meant to represent the states independent spirit as well as unity.

Whether you are sitting on the couch or off to sleep in the warmth of your bed, the image of a blue, red and white painted woman in profile, with the lone star on her cheek will make you feel Texan or choose the flag of San Antonio which showcases the lone star at its center. You just cant help feeling patriotic with our Texas flag curtains and bedding.

See Our Other Texas Flag Products: 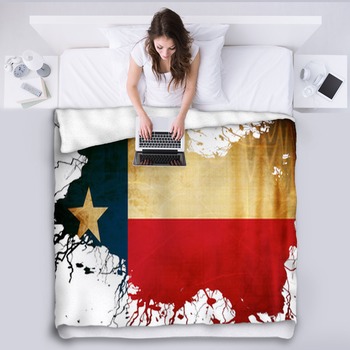 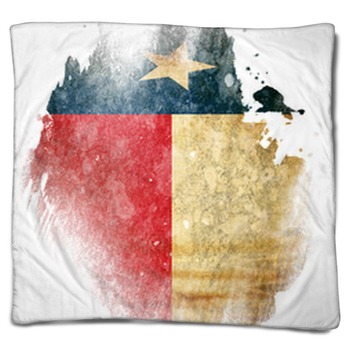 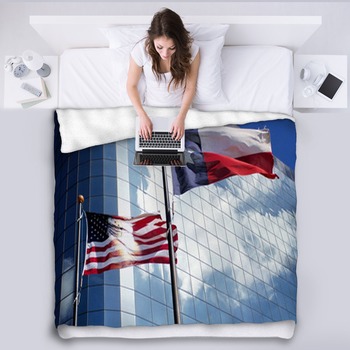 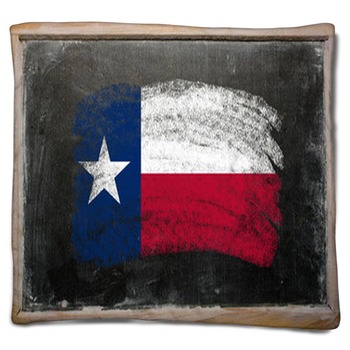 Flag Of US Throw Blanket 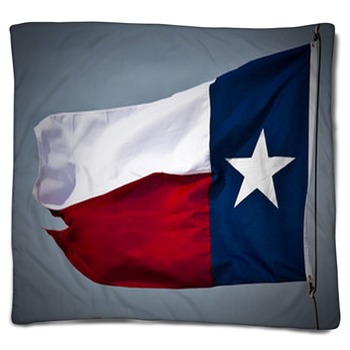 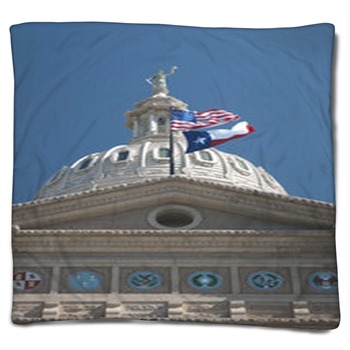 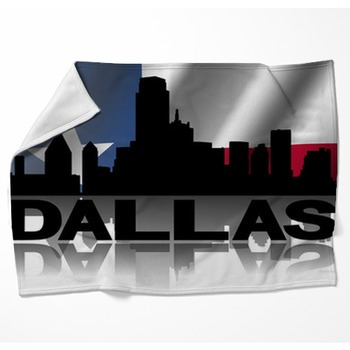 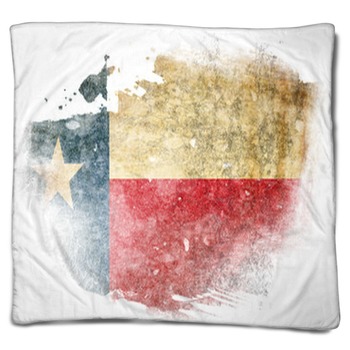 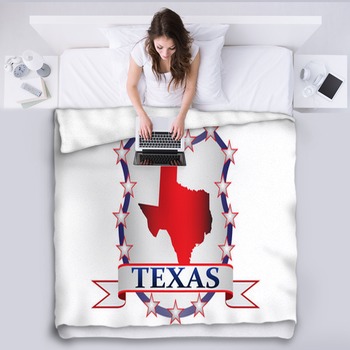 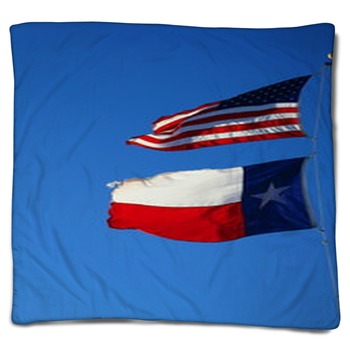