The motorcycle is so much more than simply a way to get from one place to another. These two wheeled wonders scream style and independence and offer a way to cruise in comfort without the bulk and ubiquity of an automobile. Varying greatly in design and anything but general purpose the type and makeup of the ride says a lot about its rider. With Motorcycle Bedding from VisionBedding.

For the second group, we present custom motorcycle bedding from VisionBedding.com. This is bedding with photographic motorcycle designs on it and its a superb way of telling the world how you feel about the biker's way of life.

You can show that you're a fan of a certain brand (such as Harley or Yamaha) or that you enjoy stunt cyclists. How awesome will it be seeing a bike almost jumping through the comforter when you get ready for bed! With such an amazing variety of types there is no standard in motorcycle design as the single most common element for most bikes is simply being street legal. Racing bikes and ninjas remain popular on the city streets but aren't the only rides around.

A bright yellow racing bike leaning heavy into a curve is certain to add a thrill to a teen bedroom like no other design can. While a red, white, and blue motorcycle in front of a blurred background gives a sure impression of awesome speed giving an unrivaled look to bedroom decor that is hard to match. With designs ranging from high end racing bikes to street legal kings of the road a new level of bedding customization can be achieved.

There is a whole other world of motorcycles outside the world of racing and street bikes. From cruising the streets and highways to country wide escapes to the various bike rallies though Harleys may dominate there are many other rides with just as much style. What could beat the rough and tough look of leather covered black and chrome ride when it comes to the ultimate in motorcycle bedding style.

Whether the goal is rugged roughness or the sheer thrill of high speed racing there is bound to be a design that suits any motorcycle themed bedroom from the freedom of the road to the comforts of home. 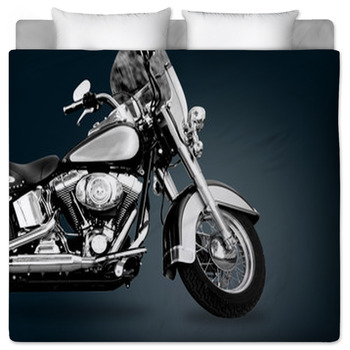 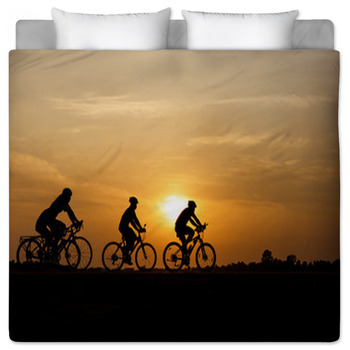 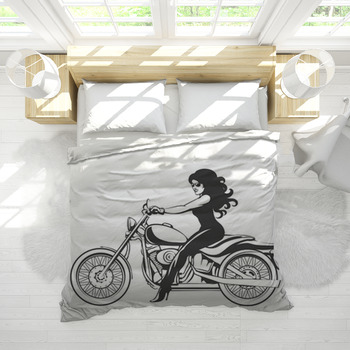 Girl On A Moto Comforter 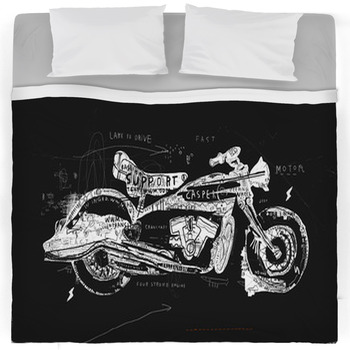 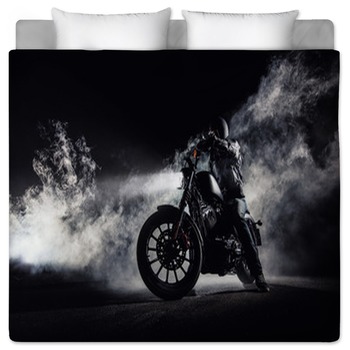 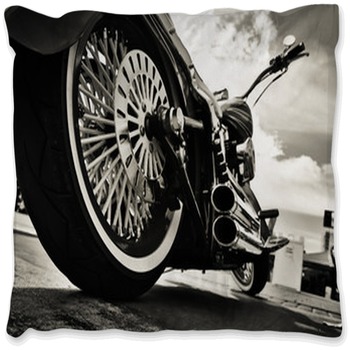 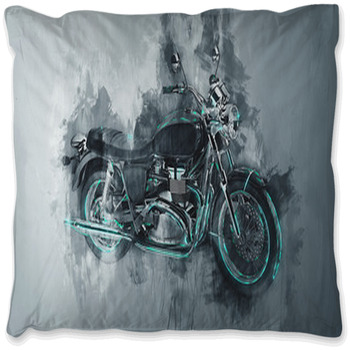 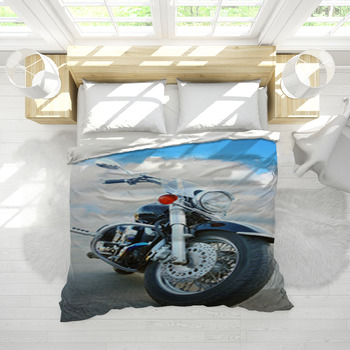 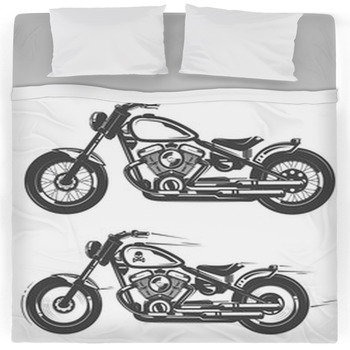 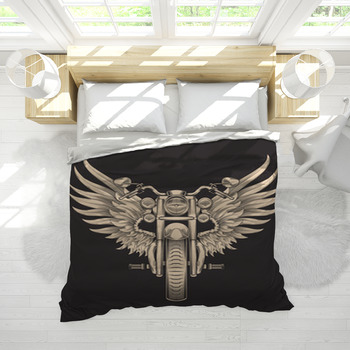 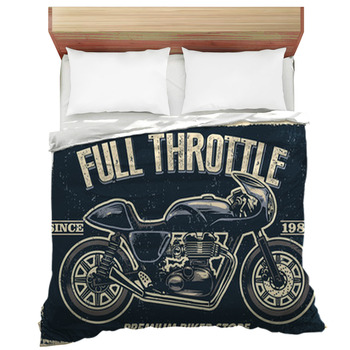 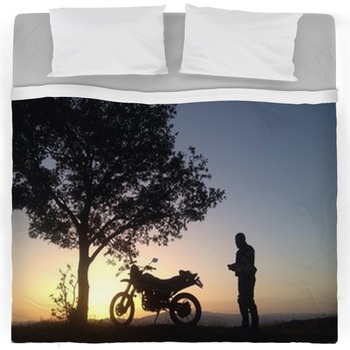 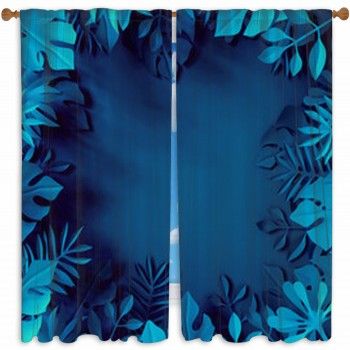